By Andrew Lockwood in Music Reviews on 27 September 2010

'We've never played live it seems dull.' 'A World of violence and abuse is what we see, so it's what we write.' Still with me?

Upon hearing the title track of the new album, King Night, a Last FM listener commented 'This sounds like the end of the world!' Are you still with me? 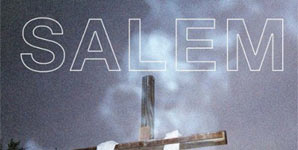