Known as 'The Brothers Grimsby' in the States, Sony are nervous ahead of a scene in which the divisive Republican frontrunner contracts HIV.

Cinema-goers who have been to see Sacha Baron Cohen’s new comedy movie Grimsby – known as The Brothers Grimsby in the States – have been cheering a scene in which presidential hopeful Donald Trump is infected with HIV.

However, a new report citing industry sources indicates that Sony, the studio behind the movie, was extremely nervous about the scene and pushed to have it cut from the final edit. In the event, because Cohen has final authority over the movie (a rare move in the industry for a producer/actor), it remained in the full theatrical release, according to The Huffington Post. 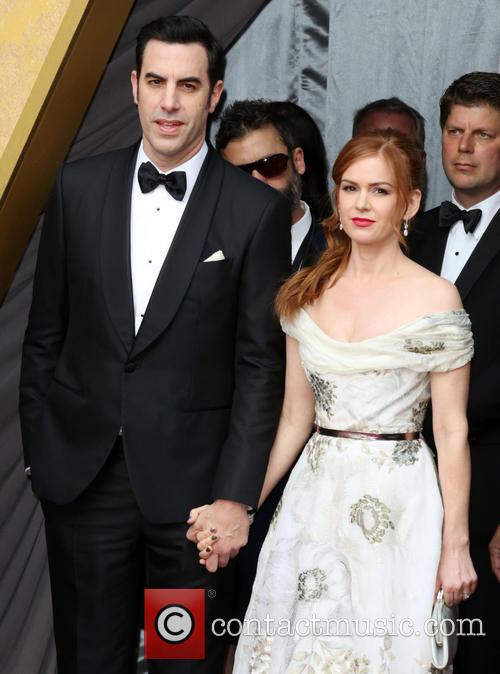 Grimsby, pulling mixed reviews for its gross-out scenes, includes a moment in which a Daniel Radcliffe stunt double is accidentally infected with the disease, after a wayward gunshot splats the blood of an infected child into his mouth. Yes, gross, we know.

At the end of the comedy, another double playing Trump is then infected with the Radcliffe double’s blood, followed by a news report that states ‘Donald Trump has AIDS’.

That moment had test audiences on their feet, even giving standing ovations according to some witnesses, but studio executives at Sony have been biting their fingernails over the controversial scene, ahead of the American release date of March 11th.

“If you were told that they're shying away from the movie because of the political implications, I can tell you that's 100 per cent true,” an inside source said.

Another insider said about the lack of visibility and promotion ahead of the release: “They're subtly trying to make it disappear so Donald Trump doesn't sue the studio, and also if Donald Trump wins, then they don't have a major problem with the corporation where they've alienated the president.”

However, other sources are portraying this idea of a nervous studio as a marketing trick. “Sacha's been a great partner with the studio. It's silly. The studio always knew what the movie was - it's Sacha Baron Cohen's outrageous brand. Legal vets it. There's no worries there, and there's no big love affair with Trump out here in Hollywood.”