Cohen had worked on the long-in-development biopic for six years before eventually pulling out of the project.

Sacha Baron Cohen has finally revealed why he left the planned Freddie Mercury biopic, after working on the project for six years. Appearing on Howard Stern’s radio show, Cohen explained that differences with Mercury’s former bandmates over the direction of the film caused his exit, as the actor had wanted to include the wilder side of the frontman’s life. 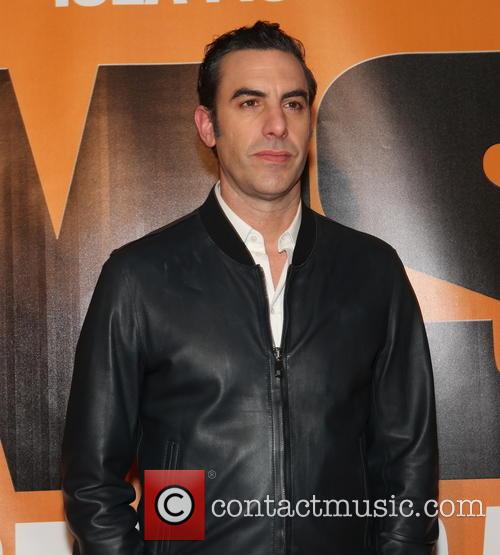 Sacha Baron Cohen has spoken out about the Freddie Mercury biopic.

"There are amazing stories about Freddie Mercury," Cohen explained. "The guy was wild. He was living an extreme lifestyle There are stories of little people with plates of cocaine on their heads walking around a party."

But according to Cohen, the remaining members of Queen wanted to tell a more family-friendly version of Mercury’s life, focusing more on the band. “I understand it, they are a band. They want to protect their legacy as a band. They want it to be about Queen, and I fully understand that,” Cohen continued.

“[After] my first meeting, I should never have carried on because a member of the band - I won't say who - said, 'This is such a great movie, because such an amazing thing happens in the middle of the movie.’’

“I go, 'What happens in the middle of the movie?' He goes, ''You know, Freddie dies.' I go, 'So you mean it's a bit like Pulp Fiction, where the end is the middle and the middle is the end? Oh right, that's a wild movie, that's interesting I never thought about that!' He goes, 'No, no normal movie.'

“So I said, 'Wait a minute. What happens in the second half of the movie?' And he said, 'Well, we see how the band carries on from strength to strength.' And I said, 'Listen, not one person is going to see a movie where the lead character dies from AIDS and then you carry on to see what happens.'''

While Cohen refused to say which member of Queen he had spoken to, Stern speculated that it was guitarist Brian May. “I’m not saying it was Brian May, I am not saying who it was,” Cohen said. “The remaining members are still great musicians. Brian May is an amazing musician.... but he is not a good movie producer.”

“Listen, at the end of the day, it really was an artistic difference,” the actor added. “The problem is, and I think it's with any biopic, and I fully understand why Queen wanted to do this, if you're in control of your writer of your life story, why wouldn't you depict yourself as great as possible?”

In an interview with The Independent last year, drummer Roger Taylor spoke about Cohen’s exit from the film saying: "In the end, we felt that Sacha, brilliant, subversive comedian though he is, wasn't really at heart an actor. We didn't want to make it funny.”

“We wanted a brilliant actor who was going to move people in both directions, to tears and laughter and joy,” he added. “We didn't really feel in the end that he [Baron-Cohen] was right. We wanted an amazingly good actor in the purest sense."