The notoriously private couple have kept news of their new arrival on the down low.

Congratulations are in order as Sacha Baron Cohen and his wife Isla Fisher have reportedly welcomed their third child. US Weekly is said to have confirmed the happy news, although no further details including the baby’s sex or name have been revealed. 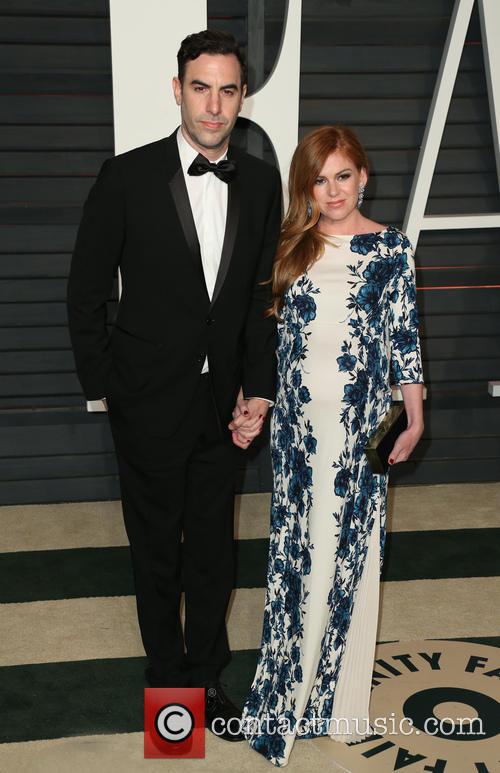 Cohen and Fischer have been married since 2010.

The British comedian and the Australian actress are already parents to two daughters. They reportedly met in 2002 at a party in Australia and became engaged in 2004. Isla then converted to Judaism before marring Cohen in March 2010 in Paris, France.

On Thursday the new parents were spotted leaving leaving a private party in Los Angeles at hotspot Lucy’s El Adobe which they attended with mutual friend Pamela Anderson.

39 year old Fisher’s pregnancy was first revealed last October when the actress was reported to have dropped out of the upcoming sequel to her film Now You See Me.

Back in 2013 Fisher revealed that she now deliberately takes supporting roles in order to spend more time with her growing family. Speaking to The Telegraph the actress said, “Family is 100 percent my top priority. So I'm much more comfortable doing supporting roles right now. And often.”

“They're the most interesting. You get to be a character actress,” Fisher added.

Cohen recently hit the headlines after joking comments made by Queen manager Jim Beach were taken a little too seriously by the press. Speaking about the long in development Queen-Freddie Mercury biopic, Beach told an audience in London, that they ‘have now managed to persuade Sacha Baron Cohen to write, produce and direct this movie, and he has also agreed to star.’

However Queen guitarist Brian May later confirmed Beach’s comments as a joke, writing on his website, "He[Beach] said that, in response to enquiries about the progress on the Freddie feature film, that Sacha Baron Cohen had been re-engaged to write, produce, and direct the film, as well as starring in all four major roles! I'm afraid some folks might have taken it seriously!"