Sacha Baron Cohen has signed up to star in musical 'Les Miserables', alongside Anne Hathaway and Hugh Jackman. 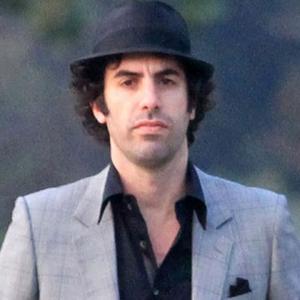 Sacha Baron Cohen is set to star in 'Les Miserables'.

The 'Hugo' actor - who is best known for comedy roles in films including 'Borat: Cultural Learnings of America for Make Benefit Glorious Nation of Kazakhstan' and 'Borat' - ' will play Monsieur Thenardier in the forthcoming musical, which will be directed by Oscar-winning filmmaker Tom Hooper, according to The Sun.

'Glee' actress Lea Michele is also in the frame for a part, playing Eponine, although Taylor Swift and Scarlett Johansson are also said to be vying for the character.

Tom - who won an Academy Award last year for his work on 'The King's Speech' - recently confessed the movie would be shot in 2-D instead of 3-D, although he had flirted with the idea.

He said: "I can definitely announce it's good old-fashioned 2-D. I did test 3-D and I was very tempted - I think it is a very interesting new form."

Sacha has a number of films out in 2012, including comedy 'The Dictator' and a part in Quentin Tarantino's 'Django Unchained'.