Baron Cohen sent the show to a "flying" start.

It’s that time again – time for actors to appear at their most dignified and respectable for the Britannia awards. Well, some of them, anyway. Not Sacha Baron Cohen, who took the award show, which took place during the weekend as an excellent opportunity for a prank.

Baron Cohen "graced" the stage after an introduction from Salma Hayek.

Cohen took the stage during the early minutes of the awards show to receive his Charlie Chaplin Award for Excellence in Comedy from Grace Cullington – the oldest surviving Chaplin co-star. After the other presenter – Salma Hayek, no less – finished her speech introducing Baron Cohen and the actor had come on stage, he was handed his award by Cullington. It was, according to her, the actual cane that Chaplin had used in the movie “City Lights.” So, naturally, Sacha had to do a little tap dance to test it out. However, the funny moment didn’t go quite as planned, as the cane slipped, Cohen tripped… and he sent Cullington flying offstage, wheelchair and all.

Now don’t panic, the woman is fine (we think) and Cohen’s “acceptance speech” afterwards managed to calm down anybody, who hadn’t seen through the prank by that point. 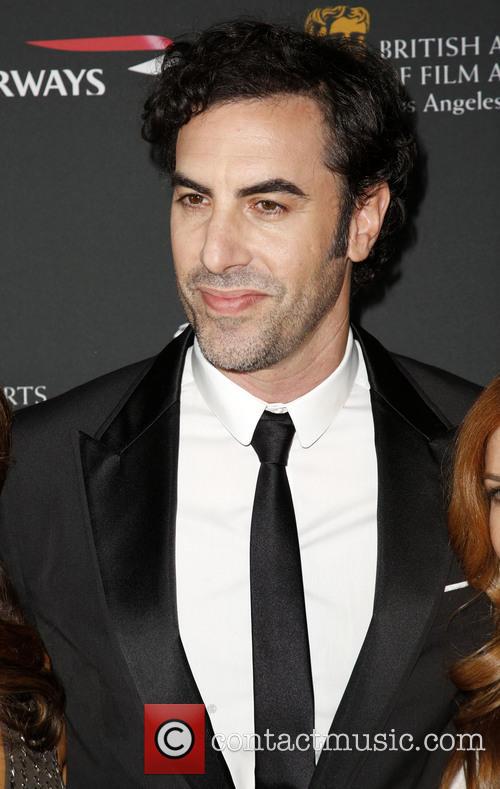 His co-star didn't recover as quickly as he did.

“Grace Cullington is the oldest, no, sorry, was the oldest surviving [Chaplin co-star],” Baron Cohen said following the fall. “I dedicate my award to her. This is obviously a tragedy. She has upstaged me. But on the bright side, what a great way to go, giving an award to me. Thus, she’ll probably make the Oscars In Memoriam segment,” he deadpanned as people realized they’d been duped by the exact kind of prank that earned the Borat star the trophy in the first place. Probably should have expected it from a guy who rarely shows up to a premiere out of character and who Bisquick-bombed Ryan Seacrest at the Oscars, but it bloomed from the exact kind of saccharine moment audiences have come to expect at awards shows. “I’d like to say a few words to her family: Do not try to sue me. If you decide to get the lawyers involved, I will take you down just like I did your granny. The cane that woman forced on me was clearly defective and I’ve got lots of witnesses. At least 400 in this room and at least 500 watching on TV. Anyway, tonight is not about her, it’s about me.”

Joke or not, it certainly has turned out to be that way, as Cohen has so far received the most attention out of the entire night. You can catch the video (hilarious acceptance speech included) below, courtesy of BBC America.