Weighing in on the diversity in Hollywood debate.

When it comes to racial inequality in the film industry, comedian Sacha Baron Cohen wasn't afraid to put his point across as he arrived at the 69th BAFTA awards at the weekend. With the Academy Awards still causing a lively diversity debate, he insists that the problem goes much deeper than the Oscars. 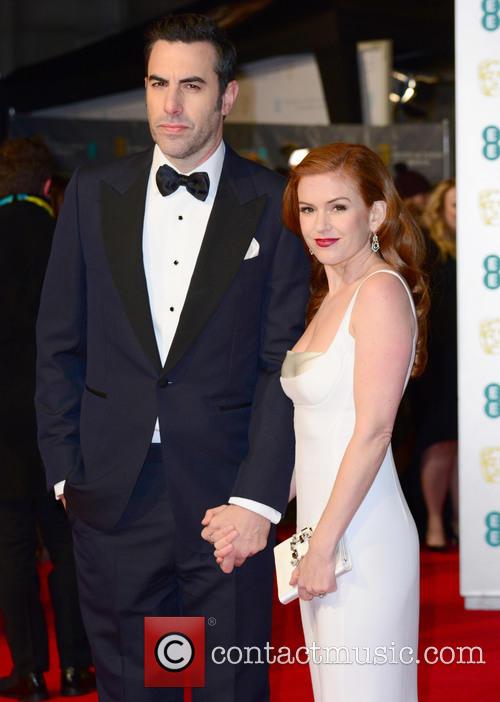 Cohen was at the BAFTAs to present the award for Best Leading Actress, and he acknowledged that the British award ceremony was also at risk of being condemned for its under-representation of black actors, actresses and filmmakers. 'I'm here to give the award for the best white actress', he joked to reporters on the red carpet, according to the Guardian. 'I hear many Caucasians were nominated.'

He goes on to say that it's Hollywood that needs to address the issue, rather than award ceremonies like the Oscars themselves. 'I think there is an inherent prejudice in the film industry', he says. 'The actual makeup of the films, the production staff, the directors and the actors are generally white and there needs to be greater diversity here and in America. I don't think it's that the members of the Academy are actually racist, I just don't think they are presented with enough films that are diverse.'

Saying that, Cohen's newest film 'Grimsby' (aka 'The Brothers Grimsby') is itself lacking in multiculturalism, but Cohen quips that he wanted to avoid award ceremonies so he threw in a couple of black actors. 'I have no desire to win any awards with Grimsby, which was why we cast two African-Americans', he said, presumably referencing David Harewood and Gabourey Sidibe though the former is actually British.

More: Watch the trailer for 'Grimsby'

Cohen has addressed various issues of racial (and, indeed, sexual) stereotyping in his own controversial way, with films like 'Ali G in Da House', 'Borat' and 'Bruno'.