Sacha Baron Cohen’s new movie Grimsby finally hits cinemas this week, but many residents and business owners of the Humberside port town are displeased at the portrayal of their home and fear that the film might to damage to its reputation.

Christina Robinson, a shop assistant at Brides & Maids in the town, believes the filmmakers took inspiration from their old premises and reckons that might cause an image problem for the business, she tells local newspaper the Grimsby Telegraph. 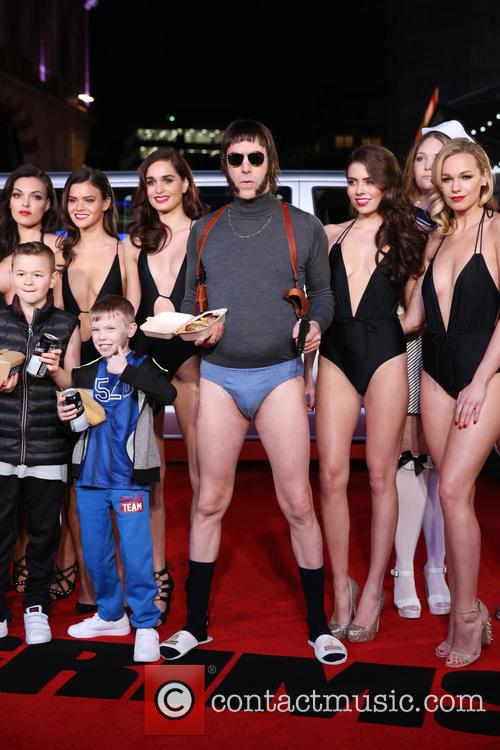 Sacha Baron Cohen in character at the 'Grimsby' premiere

“We are obviously a little bit disappointed that they looked at our old shop on Cleethorpe Road which was boarded up,” she said last week. “I have seen pictures and it does look a bit like our old premises and obviously we are not like that at all.” Asked if she thought Cohen ought to have contacted the business for permission beforehand, she replied: “I don't know. I suppose he can do what he wants as it his film and he hasn't used our name exactly.”

“I think we have got to take the film with a pinch of salt. I think much of the film will be massively exaggerated. It will probably be quite funny to watch as long as people don't think that Grimsby actually looks like that. I probably won't be rushing to the cinema to watch it but I might catch it if it's on TV one day.”

Cohen, the man behind comedy favourites like Borat and Bruno, turned up as his character Nobby at the Leicester Square premiere of the new film, out this Wednesday (February 24th). “It's great to be here all the way from Grimsby,” he said, holding aloft a beer can as he got out of a mocked-up taxi. “We only normally come [to London] for special occasions like heart transplants or trials at the Old Bailey.”

Another business owner in the town, David Middlecoate, was much more hostile to the movie and potential image it might give off, given Cohen’s previous form.

“I have no interest in watching the movie whatsoever because I think it demeans the town. It's not the sort of thing I would choose to watch even if it didn't feature Grimsby. I think we have had enough bad press at the moment, what with the town being voted the worst place to live. Yes, the East Marsh is slightly deprived, but there are a lot of good people here. This film just demeans the town and the people.”

More: Sacha Baron Cohen as smutty as ever in spy comedy ‘Grimsby’ [trailer]