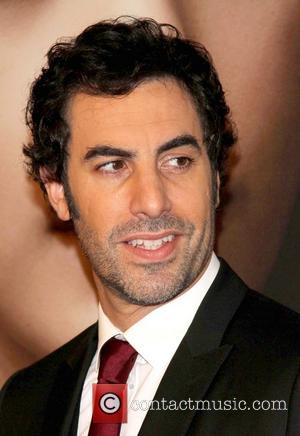 Jason Andreozzi’s movie, about Egypt during the Arab Spring, didn’t make into this year’s Sundance Festival. That didn’t stop the director trying to grab the industry’s attention though. On Friday afternoon, police in Utah, where the iconic film festival is held, cited Andreozzi for riding a camel down Main Street. Yes. A camel. And yes, down Main Street, one of the busiest places in Utah right now.

According to Associated Press, the police objected to Andreozzi’s bizarre form of transport and cited him for his actions. We’re not sure if there’s a specific law about riding a camel in Utah, but he got warned, anyway. They also warned him about distributing flyers, too, though the filmmaker insists that he wasn’t handing out any flyers. He chose to ride a camel through the city because, of course, many people instantly associate the animal with Egypt. Whether or not his film will get any recognition from the stunt remains to be seen but so far it’s certainly one of the stranger stories to come out of this year’s Sundance Film Festival.

Perhaps Andreozzi was inspired by Sacha Baron Cohen’s stunt at Cannes last year. The star of The Dictator arrived at the French film festival, also on a camel and dressed as General Aladeen – his character from the movie. If we’re giving out marks for publicity stunt expertise, however, this one’s got to go to Cohen, we’re afraid.

Watch the trailer for Sacha Baron Cohen's 'The Dictator'