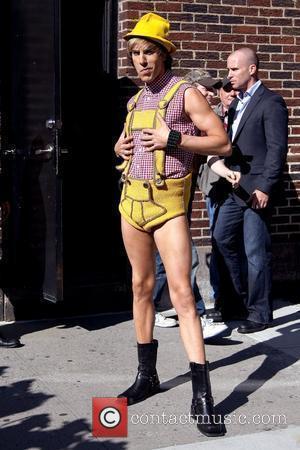 Sacha Baron Cohen is preparing to hang up his hot pants - he is waving goodbye to his BRUNO character once he has finished promoting the movie.
Cohen's outrageous new big screen outing sees him play a gay Austrian fashionista, and the comedy star has stayed in character for almost all public appearances and interviews promoting the movie.
The Borat star confesses he is sad that his time as Bruno is coming to an end, but he knows he can no longer trick people with the character now the film has been released.
He says, "It's wonderful that the films are successful, but every new person who sees the movie is one less person I can be Borat or Bruno with again, so finishing a movie means having to say goodbye. Admitting that you're never going to play the character again is like saying goodbye to a loved one. And that's hard."