Queen Guitarist Brian May Has Denied Reports That Sacha Baron Cohen Is Back On Board The Freddie Mercury Biopic, And Insists That His Manager Was Joking When He Confirmed The News. 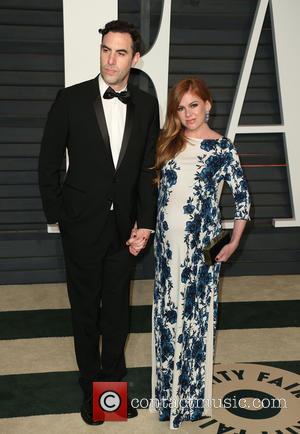 The Borat star originally agreed to play the late Queen frontman, but dropped out due to creative differences with the band's remaining members, and Skyfall star Ben Whishaw was subsequently linked to the role.

However, the British rock band's manager, Jim Beach, appeared to announce the funnyman was back in the running, when he recently said, "You have probably followed the saga of the famous Queen-Freddie Mercury biopic which has been developing in Hollywood for the last seven years. An important breakthrough is that we have now managed to persuade Sacha Baron Cohen to write, produce and direct this movie, and he has also agreed to star."

Brian May has now slammed the reports insisting that it was all one big joke and Cohen will not be involved in the upcoming biopic of the late star.

In a statement on his official website, May writes, "[There was] a small joke that Jim threw in... He said that... Sacha Baron Cohen had been re-engaged to write, produce, and direct the film, as well as starring in all four major roles! I'm afraid some folks might have taken it seriously!"