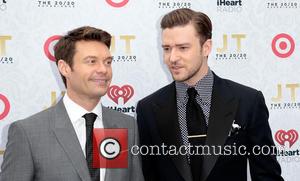 Tv and radio host Ryan Seacrest has confirmed he is single again after splitting from his actress girlfriend Julianne Hough.

The stars dated for two years, but recent reports suggested they had ended their romance and are no longer living together.

Seacrest has now confirmed the break-up after he was put on the spot by a young fan during a charity event in California on Friday (22Mar13).

The American Idol host helped launch a media centre for kids at the Children's Hospital of Orange County, and during the facility's inaugural broadcast, a young fan asked Seacrest whether he has a girlfriend, and he replied, "The answer is actually no, I am single."

Other stars who attended the event included Miley Cyrus and Taylor Lautner, while boyband The Wanted performed.