He's becoming ever more versatile with his latest filmography.

As a new father, Ryan Reynolds has been re-evaluating his career even as he continues to make movies at a rather brisk pace. He has three films out this year and two more in the can. His latest release is Tarsem Singh's Self/Less, a thriller with a sci-fi twist that involves Ben Kingsley's character implanting his consciousness into Reynolds' younger, fitter body. 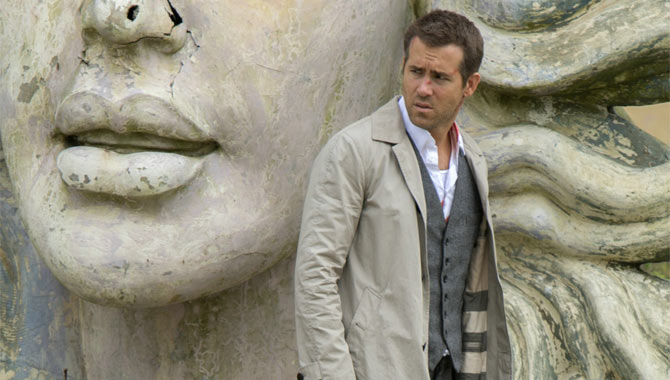 "I think I'm in a unique position," Reynolds says, "in the fact that I get to star in dramas, comedies and suspense and action films. As I've gotten older, my career has become centred on working with people I would like to collaborate with."

Reynolds also enjoys playing with moral issues. "I love the idea that this character is getting his wish answered," he says, "and then suddenly seeing how quickly the consequences of that wish can come about. I also love that this guy's arrogance and ego pushed him to this, and then it turns to an absolute s***storm."

Watch the trailer for 'Self/Less' here:

In approaching the role, he and Kingsley decided not to do impersonations of each other. "It was about trying to capture that essence of being at that crossroads between two completely polarised personalities," Reynolds says. "Frankly, living forever seems like a sentence, and I wouldn't want to do that. But it has become a recurring theme around me lately."

He's referring to his next film Deadpool, in which he will reprise his role as the shady mutant from 2009's X-Men Origins: Wolverine. It's taken a long time to get the film made, and in the mean time he played DC Comics' Green Lantern.

So which of the two costumes does he prefer? Without hesitating he says, "Oh, Deadpool! I mean, it's brutal doing a film where you're wearing a motion capture suit for the whole time, because there was no Green Lantern suit. I didn't even get to see the Green Lantern suit until the first trailer. So Deadpool was a pretty great experience. I love having the tactile, real deal all the time. And because Deadpool has cancer, we worked with the Make a Wish Foundation, and those kids would come on set. I loved hosting them, because when I'd walk out in that suit you'd watch their minds explode. And that felt amazing."