Ryan Reynolds Was Hit By A Drunk Driver At 19 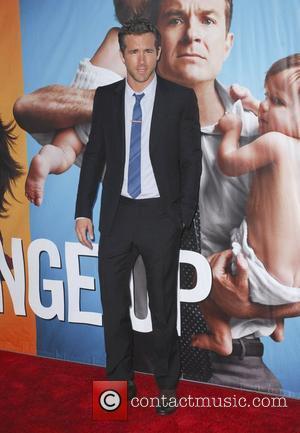 Actor Ryan Reynolds' body is a "broken mess" because he was hit by a drunk driver when he was 19 years old.
The Proposal star was out partying with his friends in Vancouver, Canada when he decided to walk home from a bar, instead of getting behind the wheel of his car intoxicated.
However, while Reynolds was walking along the road, he was struck by a drunk driver and spent days in hospital with multiple broken bones.
He says, "When I was 19 I was drinking... I was at a bar and I had a few drinks and I thought, 'You know what I'm going to do? I'm going to leave my car here, be responsible.' And I started to walk home. And I was hit by a drunk driver.
"Broke every bone in my left side... I woke up three days later. And I remember my dad sitting there... (with) a vomit tray. And I guess I had been heaving in my unconscious. And nothing says love like painting someone with three-day-old Gin Rummies. Just soaked the man head to toe in my vomit."
But despite making a full recovery after the serious accident, he jokes, "Since then, I've been a rickety, broken mess."