Blake Lively appears to have forgiven him.

It's safe to say that Blake Lively cannot trust hubby Ryan Reynolds to keep a secret. The actor confirmed that his 4-week-old second child was a girl during his appearance on 'Conan' this week, and thus suffered the wrath of his secretive wife. Top marks for his apology though. 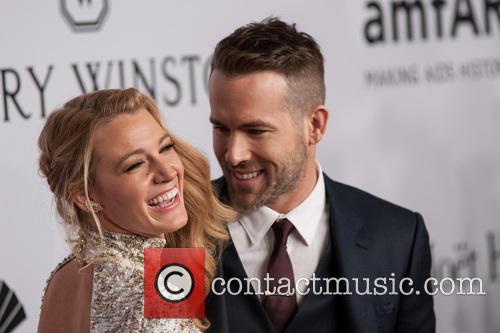 Blake Lively and Ryan Reynolds have another daughter

Two weeks ago, the 'Deadpool' star posted a very much not unusual joke about his parenthood issues on Twitter, but this time he revealed way too much information than he was allowed to. To make matters worse, he then categorically confirmed that he had two daughters to Conan O'Brien on Wednesday (November 2nd 2016), quipping about the oestrogen levels in his house.

'The mobile above my daughter's crib is just a whole bunch of NuvaRings. So she remembers how lucky she is', he wrote on Twitter on October 20th. Then when Conan pointed out that he had two daughters on his show (okay, so it's probably his fault as much as Ryan's), he agreed, stating: 'It's a lot of oestrogen. It feels like an American Girl doll just took a s*** on my life.'

The ways I know that @vancityreynolds got himself into huge trouble on @teamcoco tonight: ?? Not only did he come home with my true love, @levain_bakery cookies, but he personally toasted them for me and brought me a cup of milk WITH ICE. ?? Literal brownie points. ???? #IfYoureABirdImABird

Very funny, Ryan, but unfortunately for you, your wife of four years was watching. However, he did make up for it with sugary treats. 'The ways I know that Ryan Reynolds got himself into huge trouble on 'Conan' tonight: Not only did he come home with my true love, Levain Bakery cookies, but he personally toasted them for me and brought me a cup of milk WITH ICE. Literal brownie points', she wrote on Instagram alongside a picture of said milk and cookies and the hashtag #IfYoureABirdImABird.

More: Ryan Reynolds makes out with Conan O'Brien for 'The Notebook 2' skit

The gorgeous couple already have a 2-year-old daughter named James, though we are still waiting for Ryan to let slip the name of his second daughter. It can't be long now.