Although it was heavily reported that the Hollywood A-Listers named their baby daughter Violet, the first-time father recently revealed that this isn't the truth!

Ryan Reynolds and his actress wife Blake Lively, who tied the knot in September 2012, welcomed their first child into the world over the Christmas holidays, but the new parents have been very private about the details surrounding their baby daughter. 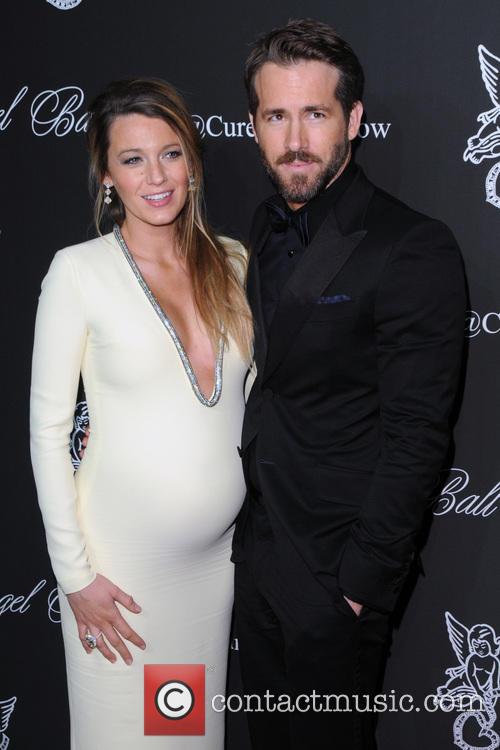 Reynolds and Lively welcomed their first child over the Christmas holidays

However, shortly after news broke that Lively gave birth, many reports began speculating as to what their daughter's name could be and some even claimed to have been told that the Hollywood A-Listers called her Violet.

But Reynolds recently cleared the air on his baby girl's name and revealed that he and Lively didn't pick that moniker.

"No that's not the name," the 38-year-old actor told USA Today during an interview for his new flick 'The Voices'. "I don't want to get into that but I don't know where that came from."

Although Reynolds didn't unveil what his daughter's name actually is, he did open up about experiencing fatherhood for the first time.

"I don't sleep very much. It's great. It's wonderful. But my brain is elsewhere," he admitted. "It's still so new that it's hard to conceive being away for more than seven hours at a time. I had to go to Sundance this last week. I was more excited to get a good night's sleep. It was borderline pornographic for me."

Despite being absolutely exhausted, Reynolds also told Extra that he loves everything about being father. "It's amazing," he gushed. "It's weird to wake up in the middle of the night 45 times and always be in a good mood, in place of that. I'm not used to that, so that's fun."

Congratulations to the proud parents!