Ryan Reynolds was afraid to pull the cord on his reserve chute when his Parachute failed during a sky dive. 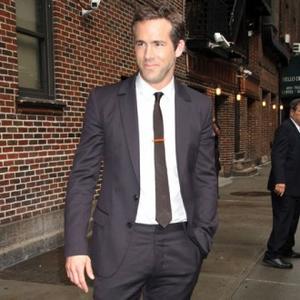 Ryan Reynolds felt he was "already dead" when his Parachute failed during a sky dive.

The 'Green Lantern' actor was horrified by the experience, which happened when he was just 17 years old, and despite the terror he felt after realising the equipment was malfunctioning, he couldn't bring himself to pull the reserve cord.

He said: "I'm falling to the ground thinking that it was great and then I pulled my cord and. nothing.

£But I'm still calm. I wait a few seconds, still falling and my head just kind of goes off on all these thoughts of what to do. Then I remember that I have to try to release the reserve shoot, and this may sound odd, but when you're falling like that you just can't bring yourself to do it.

"I'm up there thinking, 'When I pull this reserve and nothing happens, that's it - I'm still alive but I'm already dead.' Physically, I cannot release that reserve because I don't want to find out if it's going to work or not."

Despite the disaster, Ryan went on to land safely - and admits he only began to panic when he hit the ground.

He said: "The most alarming bit was actually when I hit the ground and realised I was still alive. That was the point where my whole world collapsed, and the panic attack kicked in. I turned my entire jump suit into a toilet."

The 34-year-old star was encouraged to take to the skies again to prevent developing a phobia - but refused when his instructor died soon afterwards.

He said: "My instructor said I had to go back up as soon as possible to get over what happened and I would have gone the following wee if he hadn't then died jumping out of a helicopter."