His baby daughter James was so freaked out every time she saw her father dressed as Deadpool, things would get extremely messy...

Ryan Reynolds says that his Deadpool make-up terrified his baby daughter James so much that every time she saw him in character, she would need a diaper change.

Hitting the red carpet with his wife Blake Lively for the first time since they became parents 13 months ago, Reynolds was speaking to People at a fan screening of Deadpool on Monday evening (February 8th).

The 39 year old actor, and former Sexiest Man Alive winner, spends much of the new Marvel movie behind a superhero mask as his character is horribly disfigured after botched medical experimentation. While his wife said the image of him as Deadpool wouldn’t change her impression of him, Reynolds said that his daughter most definitely didn’t feel the same way. 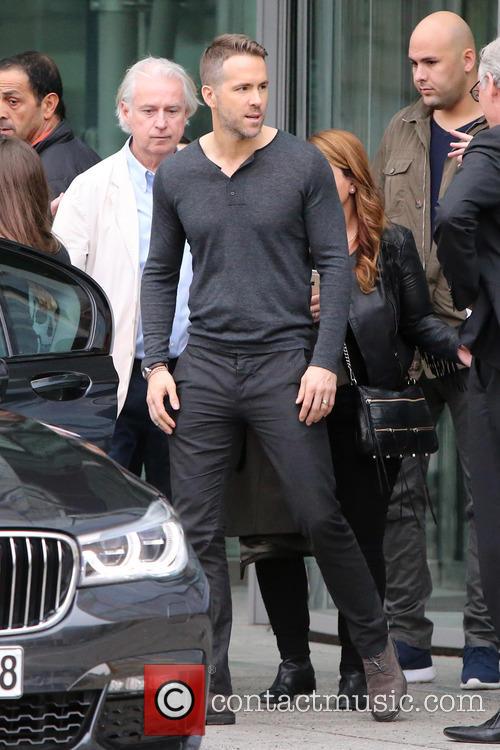 Ryan Reynolds in Germany in January 2016

“No, I made the baby cry every time the baby saw me in that makeup,” he revealed. “You would know as soon as she saw me that she would need the diaper changed. Everything would evacuate, every bodily fluid. It was horrible!”

His co-star, T.J. Miller, said the same thing. “[James] heard his voice on the set and was like, ‘That’s my dad,’ but couldn’t figure out who it was,” he said. “Then when she connected the two, it was a bit of a freak out situation — I mean, your father suddenly looks like Deadpool. There were some tears. I was on set that day. Ryan came out in his makeup and said, ‘I just horrified my daughter!’”

In another interview with Extra, he said that he totally understood why his make-up, which took hours to apply, frightened his daughter so much. “She wept and cried when she saw my makeup,” Reynolds recalled. “She sees her father and what sounds like her father, but what looks like a deep fried testicle… so that’s alarming for a one year old.”

Reynolds also took the time to praise his wife’s diaper-changing skills. “My wife can do it when the baby's running, which is spectacular. She's the David Copperfield of bodily functions.”