Ryan Reynolds And Scarlett Johansson Could Be Back On 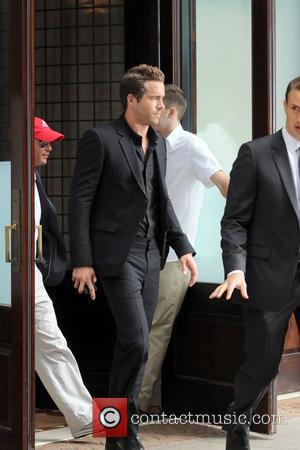 Ryan Reynolds and Scarlett Johansson's divorce shocked everyone last December, but Gather Celebs have reported that couple may be close to reuniting. Apparently they were spotted having an intimate meal together at a restaurant in California - one that was amongst their favourites when they were married. It was reported that the pair were very flirty and made sure that they had the most secluded area of the restaurant to themselves.
An insider told OK! Magazine that they originally split because of Ryan's desire to become a father, and Scarlett's insistence that her career comes first: "Scarlett said her career is her baby," says the insider. "But Ryan's a family guy." The source went on to say that Scarlett's short-lived relationship with Hollywood A-lister Sean Penn was nothing more than a rebound fling: "She got over the pain of their split by jumping into a fling with Sean, but when that fizzled, she admitted that she felt incredibly alone." Furthermore, she apparently is determined to win Ryan back, the source added: "Scarlett had been asking Ryan to meet since the first week of June.She's been texting and calling him nonstop since the dinner." Reynolds is currently single, after ending a two month relationship with CHARLIZE THERON.