The couple had stayed quite on their daughter’s name since welcoming baby James last December.

After months of speculation, new dad Ryan Reynolds has finally confirmed his baby daughter’s name as James, in an interview with The Today Show. During the sit down the actor put an end to all the rumours surrounding the name of his daughter with wife Blake Lively, even joking about some of the suggestions he’d heard. 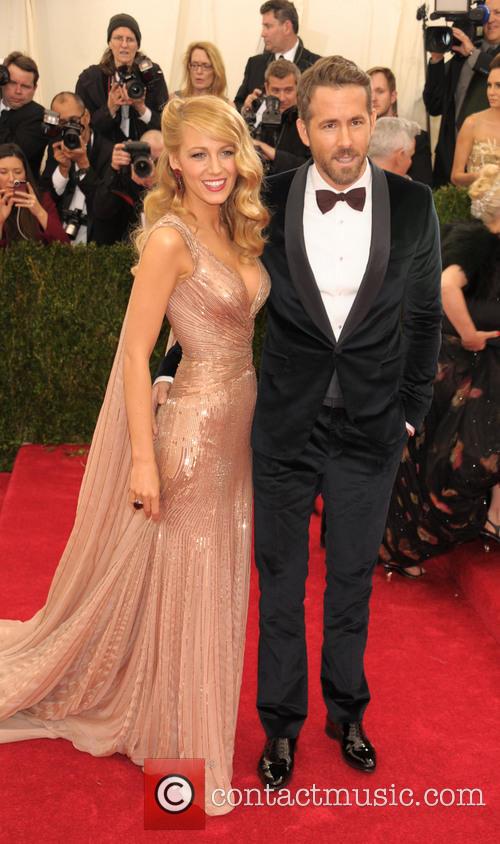 Reynolds first laughed at his previous quip that his daughter was named Excalibur Anaconda Reynolds, before joking that the baby girl was instead called Butternut Summersquash.

But the 38 year old first time dad soon got serious, telling host Willie Geist, "No, it's out there! It's out there. It's James. Everyone knows and I told everyone who would listen that.”

As to why the actor had chosen not to confirm James’ name sooner, Reynolds said, "Before it was out there I didn't want to be the first guy screaming it out to the media because as we know, little girls turn into teenage girls and little teenage girls sometimes scan through the archives and go, 'Why did you do that?’"

The question of the Lively-Reynolds baby’s name had been filling column inches ever since the couple announced their daughter’s birth in December. Previously Violet had been rumoured as the little girl's name, while some reported last month she was in fact named James.

While James might sound like an unusual choice for a baby girl, Blake and Ryan are following in the footsteps of other celeb couples who have chosen less obvious names for their daughters. Last April Drew Barrymore welcomed daughter Frankie, while Ashton Kutcher and Mila Kunis named their baby girl Wyatt in October.