A 52-year-old photographer has been charged with intimidation after he allegedly hit Ryan Reynolds with his car in Canada last week. 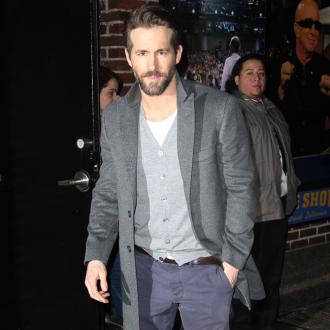 A photographer has been charged after he allegedly hit Ryan Reynolds with his car.

The 52-year-old paparazzo was arrested by police in Vancouver, Canada on Sunday (12.04.15) and charged with intimidation after he reportedly got into a confrontation with the 38-year-old actor last Friday (10.04.15) and struck him with his vehicle in the parking lot of the Shangri-La hotel in the city.

Constable Brian Montague of the Vancouver Police Department said officers decided it was the ''best option'' to take the photographer into police custody after interviewing him, Ryan and a number of witnesses about the incident.

The hit and run is said to have taken place after Ryan, who is currently filming 'Deadpool' in the city, blasted the paparazzo for invading a private area of the hotel only accessible by residents.

The 'Green Lantern' star's alleged assailant was later released and is scheduled to appear in court on April 28.

Explaining the charge, Montague told PEOPLE.com: ''[Intimidation] is not an overly used charge in Canada. Off the top of my head, I can't think of any other time where we've used it.

''It's like someone coming into your apartment and waiting for you. [The confrontation] stems from that, being in your home or at your place of business and having someone waiting for you.''

While Ryan was not hurt, the paparazzo could face up to five years in jail if convicted.