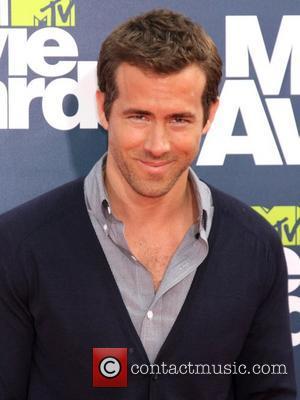 Ryan Reynolds struggled to stay slim on the set of new movie The Green Lantern because his co-star Blake Lively kept bringing baked treats to the set for cast and crew.
The keen cook spent her time between takes making cookies and cakes, and Reynolds struggled as he watched her dish them out.
He tells Access Hollywood, "She bakes for everybody on the set and I'm trying to be in shape; I have to play a superhero.
"She's coming on the set like (cookie queen) Mrs. Fields, every day. (There was), like, a platter of everything, sprinkles everywhere and sugar everywhere. Oh my God."
But Reynolds insists he wasn't cutting down his calories to get into superhero shape - he actually had to eat more than ever.
He adds, "You eat twice as much as you normally would... Naturally, my body wants to look like DICk Van Dyke, so you're pounding, you're eating everything you can possibly eat. So much protein, it's just awful."