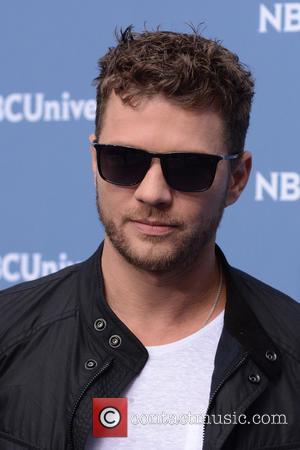 Ryan Phillippe says the script caught his attention. "I was surprised how much I liked it," he says. "Okay, it's a thriller about high school kids and I'm going to play a dad! I read it and had such a good time reading the script. Also the fact that I have a 17-year-old daughter and I had the sense that like she could watch this movie with friends. Most of the things I've done she couldn't."

Ryan Phillippe Joey King and Serilyn Fenn in Wish Upon

Even more interesting was the morality in the premise. "If you had a genie and three wishes, what would you do?" he asks. "I think that's something in pop culture and entertainment that we are frequently confronted with, and so I think that stuff is just fun to think about. I like the dark side of it. It's the seductive nature of power. It's similar to that addiction that we find with Instagram, of comparing yourself to other people and being addicted to these things that you believe that you need that aren't real. And there's an element of that that I find very interesting."

In the film, his daughter Clare (played by Joey King) discovers a box that grants wishes, but each wish kills someone. "She starts off as just this kind of average high school girl," Phillippe explains, "who is very sweet and well intentioned. And the power that comes with this box, and the greed that engenders within her, actually changes the fibre of her being and the choices that she makes. It means that even when she realises the negative effects that it has and that it's killing people, she's addicted to it and she can't stop."

Meanwhile, Phillippe's character has his own issues, with a tortured past that has left him unable to cope with what's happening. The actor identified with him. "I grew up lower middle class and I worked a paper route," he says. "My character reminds me of my uncle that came back from Vietnam just messed up from that. You do draw on some of those elements. He's a character whose growth is very much stunted by the death of his wife. He's really only capable of keeping the lights on and taking care of his daughter. He's a guy who's restricted emotionally. I understand that type of person."

Watch the trailer for Wish Upon: