Hollywood Movie Producer Ryan Kavanaugh Is Facing A Double Crisis As His Pregnant Wife Was Hospitalised Amid The Ongoing Turmoil Over His Relativity Media Company. 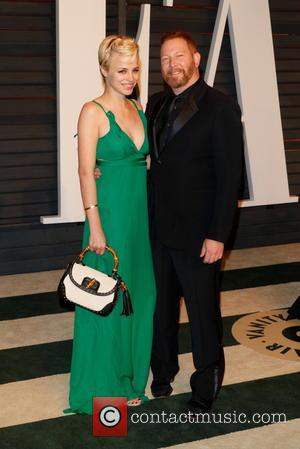 Picture: Jessica Roffey and CEO of Relativity Media Ryan Kavanaugh - A host of stars were photographed as they attended the Vanity Fair Oscar Party which...

Kavanaugh's studio filed for bankruptcy on Thursday (30Jul15), throwing a number of upcoming movie projects into jeopardy, and he has now revealed the move came at a very difficult time because his expectant partner, model Jessica Roffey, has been in hospital suffering complications with her pregnancy.

Kavanaugh goes on to declare he is committed to saving his film company and hopes it can emerge from the bankruptcy proceedings.

He adds, "I can't really comment on the bankruptcy. I can just say it's the beginning of the bankruptcy, and that's not going to be the end. A lot is going to happen... Am I sorry? Of course I am. This company should not be in bankruptcy."