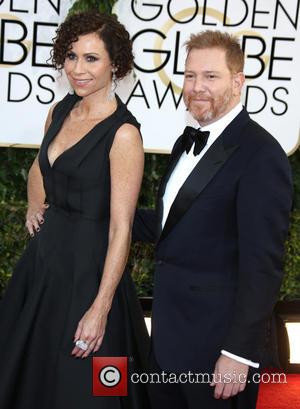 Kavanaugh and Lazenga wed in 2011 in Italy, in front of celebrity guests including Leonardo DiCaprio, Bradley Cooper and Gerard Butler.

A spokesperson for the couple tells the New York Post, "(They have been separated for) a few months (and are) in the process of divorcing."

Kavanaugh recently sparked rumours he was dating actress Minnie Driver, after the two were spotted holding hands at the Golden Globes ceremony on Sunday (12Jan14), but a source says, "Ryan brought Minnie to the Golden Globes. They became friends because she stars in his upcoming movie Blackbird, but they are not dating."