Will Ryan Gosling Be Starring In Fifty Shades of Grey Movie? 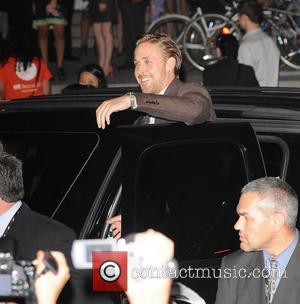 2012 is full of grand adaptations of major works of the literary canon, Anna Karenina, The Great Gatsby and The Hobbit to name but a few. However, the one to be most talked about of late is in the very earliest stages of production: Fifty Shades of Grey. Ryan Gosling is favourite to play title character Christian Grey by fans, but author E.L. James told Ryan Seacrest that any rumours of Gosling starring are “misreported”.

Some of the biggest and most prestigious names in the film-making business have expressed massive interest in being involved in the making of the film, unsurprising given that it has become the fastest selling paperback book of all time, according to The Daily Mail. In March this year the LA Times wrote that Paramount Pictures, Universal Studios and Warner Bros. among many others had made or would be making a bid for the rights to the film.

Now most of the controversy and gossip surrounding the film is in regard to the cast. Bret Easton Ellis, who expressed great interest in writing the script for the film, has been backing adult film star James Deen to play Christian Grey. Any rumours regarding who will play Anastasia Steele have also remained unsubstantiated, most recently the rumour regarding Emma Watson.

One of the few things that is certain about the film is that Michael De Luca and Dana Brunetti, the pair responsible for The Social Network, will be producing.