Ryan Gosling Tattooed Cactus On Himself

Ryan Gosling has admitted his attempt at self tattooing ended in disaster when a planned monster's hand with a bloody heart turned out to look like a cactus. 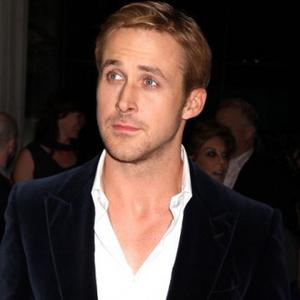 Ryan Gosling accidentally tattooed a "cactus" onto his body

The 'Drive' actor wanted to personally create a Tattoo for himself but when he tried to ink a monster's hand with a bloody heart onto his left arm but his needle skills left with a design that looked like the prickly plant.

He said: "One of my tattoos is supposed to be a monster's hand dropping a bloody heart but I did it myself with a tattoo kit so it looks like a cactus."

Despite the self tattooing disaster, it hasn't put Ryan off getting more pieces of body art and he has the cover of children's book 'The Giving Tree' on his left upper arm because it reminds him of his mother and sister.

He explained to the Metro newspaper: "Another one is a ghostly lady and a skeleton and the other one is the cover of 'The Giving Tree' a children's book my mother used to read to my sister and me - so that one is significant."

Apart from spending his time tattooing himself, Ryan also loves to visit his Moroccan restaurant Tagine in Beverly Hills where he spent a year working when his movie career hit a slump.

He said: "I never really wanted to own it but one of my best friends called me one night, said his cousin was leaving town and needed to sell it. My friend wanted to buy it but he said we had to do it that night. At the time I wasn't very busy so I spent all my money on this restaurant. I spent a year working in it and now I love it. I think it's one of the best restaurants in LA."