Ryan Gosling made a guest appearance at the South by South West Film Festival in Texas on Friday (13th March) and discussed his soon-to-be-released film and the 'Hey Girl' memes.

'Hey Girl' has become synonymous with Ryan Gosling but the 34-year-old actor isn't sure where it came from. Gosling was the guest speaker at the South by Southwest Film Festival and discussed his latest film, Lost River, and 'Hey Girl' with director Guillermo Del Toro. 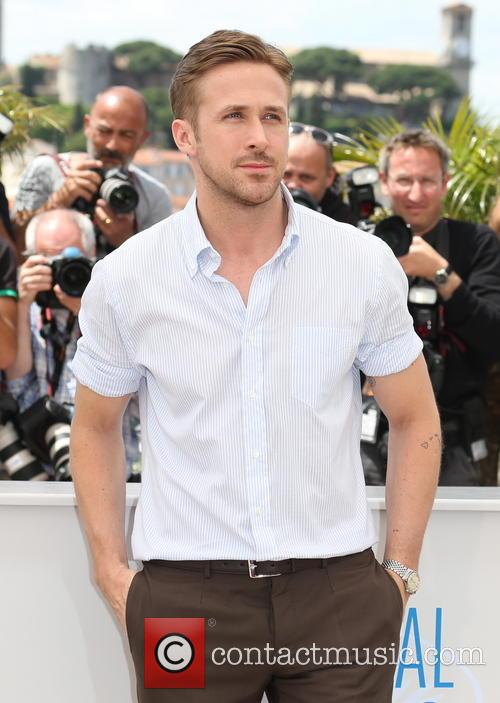 Ryan Gosling at the premiere of Lost River in Cannes in 2014.

Read More: Ryan Gosling Looks Nearly Unrecognizable As He And Russell Crowe Return To The Set Of Nice Guys.

"Have you ever said that?" del Toro said, jokingly referencing the memes which have made Gosling an internet sensation. Gosling explained how he was unsure how the phrase had become associated with him.

"I understand if you're in a movie and you say something like 'I'll be back,' you own that. But I never said it. I only heard about it because some guy on the street came up to me and said, 'Hey girl.'" Gosling said.

The conversation turned more serious when del Toro and Gosling turned their attention to Lost River, the dark fantasy film directed and produced by Gosling. Christina Hendricks, Iain De Caestecker, Matt Smith, Saoirse Ronan and Eva Mendes star in the film. Lost River premiered at the Cannes Film Festival last year but has not been recieved positively by critics. It is due for theatrical release in April 2015.

Lost River centres on a single mother Billy (Hendricks) as she takes a job in a seedy cabaret bar in order to make ends meet. Gosling has drawn on his own experience as he was raised by a single mother and claims there was a predatory aspect to men who recognised his mother was alone.

"I remember walking with my mother, and guys would whistle at her and cars would circle and it was very predatory. Especially when you're a young kid and you feel like if something went sideways you couldn't do anything about it," Gosling said, as the LA Times reports.

The film, set in Detroit, also partially reflects on the city's gradual decline. Gosling recalled how, growing up in Canada, he had always wanted to live in the U.S., specifically Detroit. He described the city as a "sort of a pin-up girl you put in your locker," as Vanity Fair reports. However, since the city's decline, Gosling recognised the opportunities for film making.

"People are burning houses faster than the city can tear them down. It's very surreal but there are still families living there. These people must feel like they're the only ones left," Gosling told the packed auditorium. "In some cases there's no running water to those houses, the police don't come, the streetlights don't work. But I thought I should make a film there. I thought I should make something not specifically about Detroit. It feels more universal than what's happening to Detroit and I thought a fairytale format might be the most interesting way to connect to that."