Ryan Gosling was so obsessed with movies he would shove them down his pants as a child because he ''liked the way'' it felt. 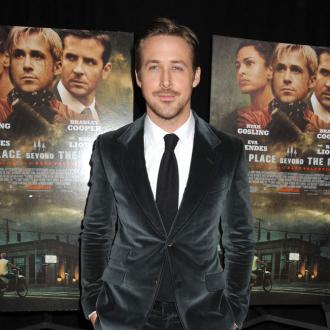 Ryan Gosling used to shove movies down his pants.

The 'Only God Forgives' actor was so obsessed with cinema as a child that he would hide copies of his favourite flicks in his trousers when his mother tried to punish his bad behaviour by taking them away.

Ryan made the frank confession in James Toback and Alec Baldwin's forthcoming movie-making documentary 'Seduced and Abandoned', which screened to positive reviews at the Cannes Film Festival this week.

He says in the film: ''I loved movies so much, sometimes, I'd shove them down the front of my pants. I liked the way they feel.''

The documentary - which was filmed at last year's Cannes festival in France - gives a warts-and-all insight into the process of getting movies made and follows the '30 Rock' actor as he tries to schmooze producers, financiers, journalists and actors to get on board a proposed film production starring himself and Neve Campbell.

Other stars who offer their time to the documentary include legendary director Martin Scorsese, actress Jessica Chastain and Roman Polanski.

Based on its premiere at Cannes, Variety described the 'Seduced and Abandoned' as ''highly amusing and endearingly shambolic'', while The Guardian newspaper called it an ''endlessly revealing guilty pleasure documentary''.

Ryan will extend his presence at Cannes this week when his new movie 'Only God Forgives' - which reunites him with 'Drive' director Nicolas Winding Refn - holds its world premiere at the festival.

The dark thriller is in contention for the prestigious Palme d'Or prize.