'Gangster Squad' star Ryan Gosling says his perfect day involves knitting as he can forget about his worries while creating something with needles and yarn. 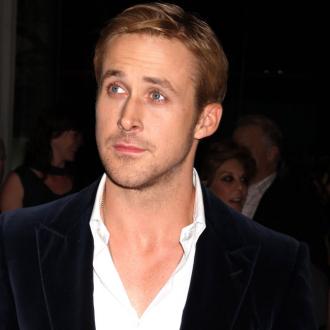 The 'Gangster Squad' actor has developed a love for creating garments out of needles and yarn as he thinks it's a great way to relax after a hard day's work.

He said: ''I did this scene in 'Lars and the Real Girl' where I was in a room full of old ladies who were knitting, and it was an all-day scene, so they showed me how. It was one of the most relaxing days of my life.

''If I had to design my perfect day, that would be it. And you get something out of it at the end. You get a nice present. For someone who wants an oddly shaped, off-putting scarf.''

However, Ryan's life hasn't always been so calm and says he got a love for showbiz after watching his uncle perform as an Elvis Presley impersonator.

He told Australia's GQ magazine: ''When I was a kid, it [my uncle] was certainly the most interesting thing going on in the house. He made his own costumes, did all the sequins - it took months. And I became a bit like his shadow, helping him when I could. He was in the mirror, working on the voice and singing, and he [slowly] created this character, and then he put together an act and performed in a local talent show. And because I was so interested, he made me the head of security. As a joke.''