Ryan Gosling is 'freaked out' by fan hotline

Ryan Gosling's decision to take a break from acting has upset many fans, and he was ''freaked out'' to learn about a hotline set up to help people through his hiatus. 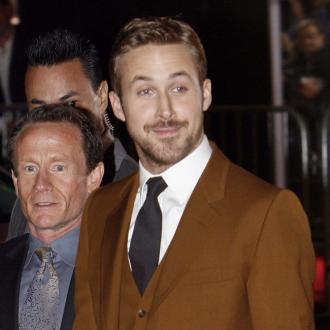 Ryan Gosling is ''freaked out'' by the hotline set up to help fans through his break from acting.

Last week Blinkbox - an online movie streaming company - set up 'The Gosline', which treats callers to a recorded message from Ryan, and the star is scared by the development.

When E! News told him about the service, he said: ''Are you kidding?

Although on his self-imposed break, he was speaking at the premiere of 'The Place Beyond the Pines' last night (28.03.13) in which he stars alongside his real-life girlfriend Eva Mendes.

The 32-year-old actor recently joked the crime drama taught him an unusual skill after he filmed a bank heist as criminal Luke Glanton.

He laughed: ''I learned that you just have to ask for the money; they have to give it to you. I'm not promoting it but I would say don't use a weapon if you're going to do it because nice bank robbers spend less time in jail.''