Ryan Gosling for Batman role in Man of Steel sequel?

Ryan Gosling, Josh Brolin and Joe Manganiello are rumoured to be in the running for the role of Batman in the 'Man of Steel' sequel. 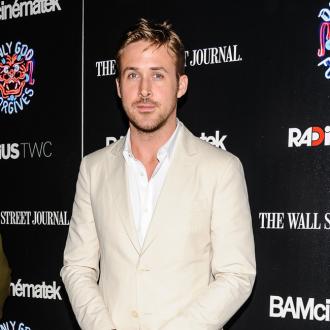 Ryan Gosling has been tipped to play Batman in the 'Man of Steel' sequel.

The 32-year-old actor is reportedly a hot contender to take on the role of caped crusader Bruce Wayne in Zach Snyder's new project, 'Batman vs. Superman'.

The Hollywood Reporter claims: ''Wayne/Batman will be in the late 30s or around the 40 mark. He will be established and rugged. This new movie will not seek to recount an origin story or the rise of the Dark Knight.''

Gosling is the youngest in the mix, followed by British actor Matthew Goode, 35, who made a name for himself in chilling thriller 'Stoker'.

Josh Brolin, 46, is currently thought to be the ''frontrunner'' to play the role because of his history with Warner Bros. studios.

The website reports: ''Two sources say Brolin is the frontrunner at this stage, but a studio source dismisses the chatter, saying that the casting process hasn't even begun.''

'True Blood' star Joe Manganiello, 36, is also said to be in the running after missing out on the role of Clark Kent in 'Man of Steel' to Henry Cavill.

Frank Miller is currently advising director Snyder and others on a story, and the script has yet to be finalised.

Charles Roven and Deborah Snyder will serve as producers while Christopher Nolan, who directed the most recent Batman trilogy, and Emma Thomas are set to executive produce.