Ryan Gosling and Eva Mendes are reportedly in a ''tug-of-war'' over their pre-nuptial agreement with the 'Drive' star wanting them to split their fortune in half. 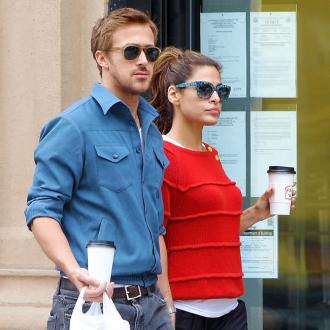 Ryan Gosling and Eva Mendes are in a ''tug-of-war'' over their pre-nuptial agreement.

The 'Drive' star and the '2 Fast 2 Furious' actress - who have eight-month-old daughter Esmeralda together - are reportedly embroiled in a battle over how to split their fortunes if they ever called it quits on their relationship.

A source told US' OK! magazine: ''It's just business, but it's a real tug-of-war - she has more money than he does.

Friends of the pair - who have been dating since 2011 - believe Ryan is using the prenup as a delaying tactic to avoid tying the knot with the 41-year-old beauty.

Meanwhile, an insider previously claimed that the pair have never felt marriage is a ''huge priority'' for them.

They said: ''Neither felt the need to get married, it's just not a huge priority for either of them. They know what they have.

''Ryan and Eva are super-super-private. The last thing they'd do is bring a baby ... to a film set teeming with paparazzi. Ryan specifically wanted it like this - with paps following him in Atlanta, they're mostly leaving Eva and the baby alone.''