Perhaps not virtuoso but incredibly competent!

Ryan Gosling has spoken about his experience spending three months learning the piano in preparation for his new movie, La La Land.

The movie has already been released in the States, where it’s being tipped for a good showing at the upcoming Oscars, but it comes out in the United Kingdom on January 17th. Gosling plays an L.A.-based jazz musician Sebastian, who struggles to get by until he meets aspiring actress Mia, played by Emma Stone, and their lives begin to turn around.

However, the 36 year old Canadian actor’s part involved him learning how to tinkle the ivories for real, and it was a challenge that Gosling got stuck into. 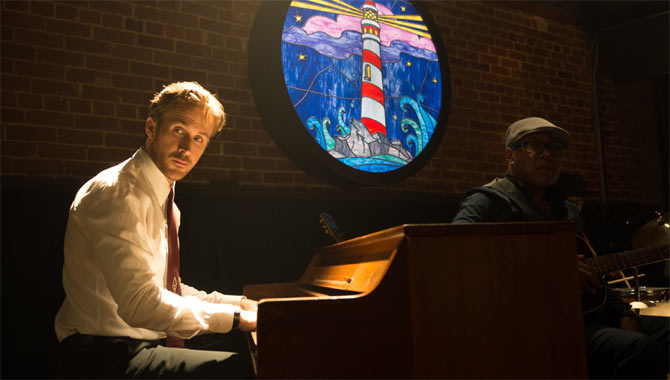 “Ryan was very game to take on what was an insane challenge. We were not going to chop it up, we were going to film long takes to prove that it was him, in fact, playing,” said director Damien Chazelle in a new interview.

“The piano was something that I always wished I had time to learn,” Gosling himself said. “In what other job is it a part of your job to just sit in front of a piano for three months and play?”

“It was really one of the most fulfilling pre-production periods I’ve ever had,” he reflected on his time learning the instrument.

More: Not the Sexiest Man Alive? Ryan Gosling and nine others who never made the cut

Strangely enough, the movie features an actual pianist in the shape of recording star John Legend – but he plays the role of guitar player Keith, which required Legend to also learn a new instrument! 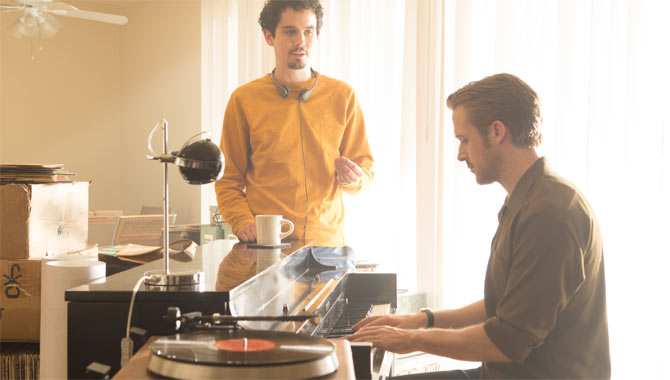 “We really wanted to cast somebody out of the music world for the ‘Keith’ role, and John came along,” said producer Jordan Horowitz.

“Ryan and John joked that it was all part of my masterplan to cast John Legend but deprive him of his normal instrument and give that one to Ryan!” remembered Chazelle.

Finally, the production team feels confident that La La Land will be remembered because of Emma Stone’s great on-screen chemistry with Gosling.

“Part of the excitement was that you know that Ryan and Emma are going to be a couple. Like Fred [Astaire] and Ginger [Rogers] or [Humphrey] Bogart and [Lauren] Bacall, a classic Hollywood screen couple,” the director continued about the casting.

“In my musical theatre days we talked about people who are a ‘triple threat’… Emma and Ryan have that great, rare combination of being ‘great singer, great dancer, great actor’,” said co-star J.K. Simmons.