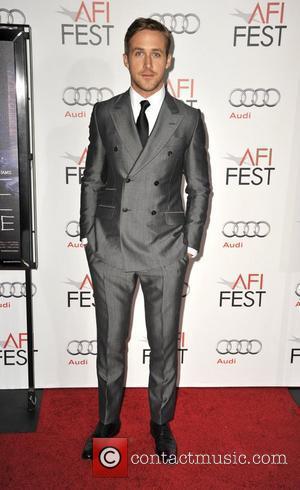 Ryan Gosling and Peter Jackson fell out on the set of THE LOVELY BONES when the actor showed up for work 60 pounds heavier.
Gosling quit the project after disagreeing with his director's vision of the film - his role of a dad looking for clues about his daughter's disappearance eventually went to Mark Wahlberg.
And the Blue Valentine star admits his weight became a big issue after he piled on the pounds by scoffing ice-cream.
The actor tells The Hollywood Reporter, "We had wildly different ideas of what the film should be... I was 150 pounds when he (Jackson) hired me, and I showed up on set 210 pounds. We had a different idea of how the character should look. I really believed he should be 210 pounds.
"I was melting Haagen Dazs (ice-cream) and drinking it when I was thirsty. I really believed in it (character)... I showed up and they said, 'You look terrible.'
"I just showed up on set, and I had gotten it wrong. Then I was fat and unemployed."