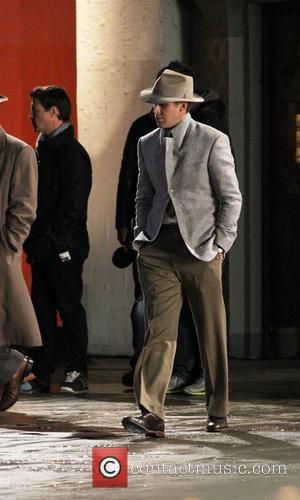 Fans of the Fifty Shades of Grey novels thought they'd have to wait until the forthcoming movie series to get their first look at protagonist Christian Grey - though a British professor at the University of Central Lancashire has come up with a composite to help the casting agents choose the right man for the adaptation.

Dr Faye Skelton used various parts of male celebrities faces based on female readers descriptions of the book's protagonist. Though the likes of Ryan Gosling, Andrew Garfield, Justin Timberlake and Ryan Reynolds have been linked to the movie role, Dr Skelton actually cobbled together the hair of Channing Tatum and Brad Pitt, while using the eyes of Patrick Dempsey, the facial features of David Beckham and a nose like Chris Hemsworth's. Beckham and Pitt provided the jawline, while Val Kilmer's lips were added to the equation to create a rather odd looking composite. Dr Skelton told the Daily Mail of her creation, "While we don't want to intrude on anyone's fantasies, based on a small sample of women, this is the image of Christian Grey they have in their heads when reading the novels. Personally, I think he's quite handsome, although everyone's interpretation will be different".

Fans commenting on CBS' report on the composite were clearly upset with it, with one fan saying, "Is this Tom Berenger's constipated younger brother? Not even close to Fifty. How about Alexanfer Skarsgard?!? Hot!", and another fuming, "Nothing like him. His eyes are way too close together. Since when is John Ritter every woman's fantasy?".