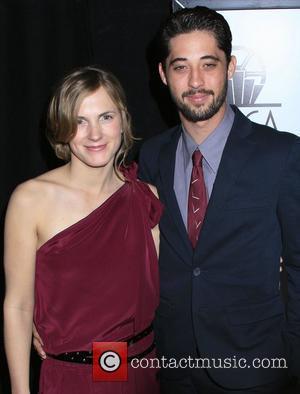 Golden Globe-winning rocker Ryan Bingham missed out on the chance to collect his Best Original Song award at Sunday's (17Jan10) ceremony, because he was drinking beer at the bar.
Folk singer Bingham won the prize for The Weary Kind, the song he wrote with T-Bone Burnett for Jeff Bridges' movie Crazy Heart.
When the winner was announced, Bingham couldn't be found, so Burnett collected the award alone.
Bingham later revealed he missed his big moment because he'd dashed to the bar for a drink.
He tells Daily Variety, "I just got up for a second."
Burnett adds, "He had the speech all written."