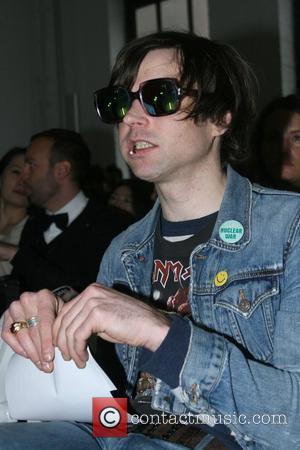 Ryan Adams dashed to his grandmother's death bed midway through making his new album, and went on to channel his grief into the "bittersweet" record.
The revered singer/songwriter was devastated to receive the news that his gran was seriously ill during recording sessions for Ashes & Fire, and headed home to see her one last time.
After her death, Adams headed back to the studio - and he used his grief to inspire several songs on his album, which is released next month (Oct11).
He tells Britain's The Sun, "More of the songs have to do with my gran passing, the love for her or the missing love or the links that were starting to disappear. I grew up with her so it was a difficult time for me but it helped shape some of the sentiments and songs.
"There's a bittersweet element. I'm saying love is really precious, because you can't hold it. It will fall apart.
"She called me home while I was making the album and said, 'I need you to come home.' She needed to die but to see me before, which was extremely difficult. She loves my records and so I held it together and she told me to carry on with the record and then come home. So I finished the record and I got there quickly and we were able to have some time (before she died)."