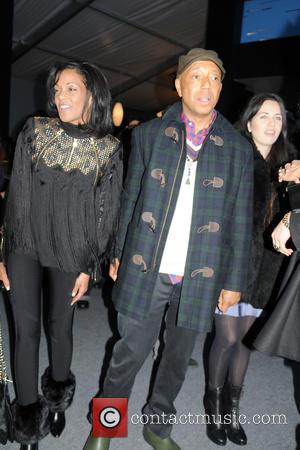 The couple began dating last year (12) and the 26 year old accompanied Simmons to the 2013 Producers Guild Awards last month (Jan13), when he was honoured with the Visionary Award - but now it appears the six-month romance is over.

A post on the business magnate's Twitter.com account reads, "Sorry to say that after 6 months the stress of long distance affair has taken a toll We remain dear friends #unluckiinlove (sic)".

The rap pioneer's ex-wife Kimora Lee Simmons is also single again after splitting from actor boyfriend Djimon Hounsou at the end of 2012. The Def Jam founder and his former wife spent the holidays together in St. Barts.