Rap Mogul Russell Simmons Has Set His Sights On Conquering Broadway Once Again By Producing A New Hip-hop Musical For 2016. 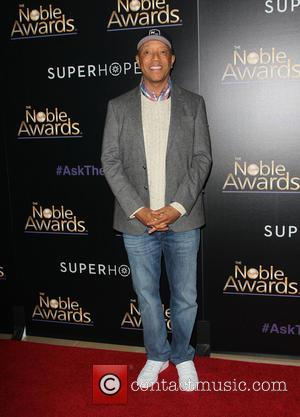 The Def Jam Recordings co-founder has recruited author and hip-hop expert Dan Charnas to write the story for The Scenario, which will celebrate the "golden age" of the genre, from the 1980s to the 1990s.

Announcing the news in a statement, Simmons writes, "Hip hop's explosion was fueled by a generation with an incredible hunger to discover new ways of expression. It felt like such a natural fit to weave the best of these sounds and stories into an energetic and thrilling musical that would transport audiences through one of the most innovative artistic movements of our time."

Simmons is aiming to premiere The Scenario in New York City in late 2016.

He won a Tony Award in 2003 for the now-defunct category of Best Special Theatrical Event for the Russell Simmons Def Poetry Jam shows.

The Scenario won't be the first hip-hop based show to grace the Broadway stage - Holler If Ya Hear Me, based on Tupac Shakur's music, closed last summer (14), just six weeks after its debut.