Russell Crowe says his two sons are ''flipping out'' over the news Emma Watson has joined the cast of his forthcoming movie 'Noah'. 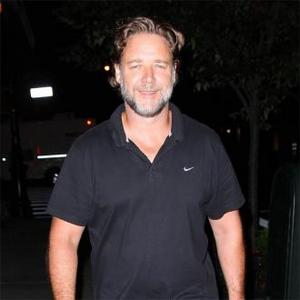 Russell Crowe's kids are ''flipping out'' because he is making a movie with Emma Watson.

The 'Gladiator' star's sons Charles, eight, and Tennyson, five, are very impressed that the actress has joined the cast of his forthcoming movie 'Noah' because they are big fans of the 'Harry Potter' film series, in which she played Hermione Granger,

He tweeted: ''My kids are flipping out that I'm going to work with Hermione.''

Russell - who is married to singer-and-actress Danielle Spencer - has previously treated his children to a 'Harry Potter' studio tour in London, England, and says they impressed their guide with their intelligent reasoning.

Referring to the houses which the Hogwarts students are sorted into in the 'Harry Potter' stories, he tweeted: ''Harry Potter tour, guide assumed my boys would be gryffendor,no way they say,Ravenclaw,why? they are the smart kids and none of them die!

'Noah' - which is directed by Darren Aronofsky - sees Russell portray the Biblical ark builder, while Emma will play Ila, the love interest of his older son Shem (Douglas Booth).

The film is scheduled for release in 2014.