The Hollywood star was hoping to begin a holiday with his two sons, but cancelled his flight when the controversial toys weren't allowed on board.

Australian actor Russell Crowe has lashed out on social media at airline Virgin Australia after his children were told that they could not bring their hoverboards on a flight, as they have been deemed to be a fire risk.

The self-balancing motorised hoverboards have been the most in-demand toy this Christmas, despite a mass of safety warnings that many on the market were defective and could cause fires through overheating of the lithium ion batteries while charging. Warnings that appear to have passed the 51 year old by. 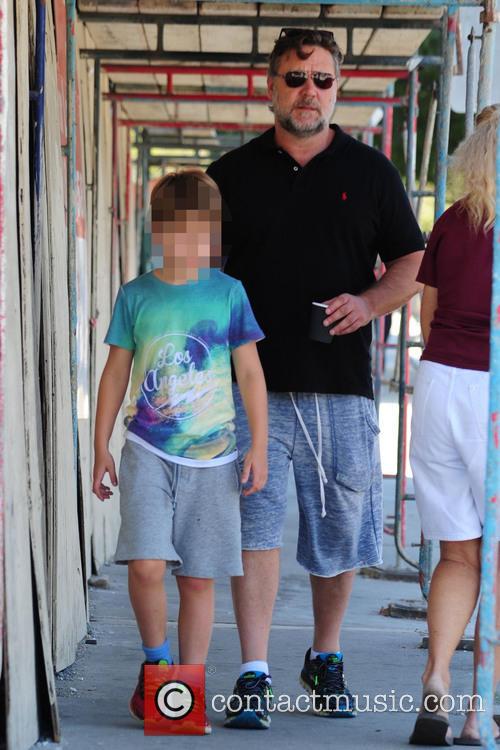 Russell Crowe with his youngest son Tennyson in 2015

Crowe tweeted on Tuesday morning (December 29th). “Ridiculous @VirginAustralia. No Segway boards as luggage? Too late to tell us at airport. Kids and I offloaded. Goodbye Virgin. Never again.” He then cancelled his flight and left the airport with his two children (Charles, 12, and Tennyson, 9).

Virgin Australia was quick to respond, pointing out that they and many other major airlines had introduced a ban on the popular items following research about their safety.

More: Mathematician John Nash, the inspiration for the Oscar-winning ‘A Beautiful Mind’, dies in car accident

“Hi Russell, due to safety concerns over the lithium ion batteries in hoverboards these have been banned on all major Australian airlines and many around the world. We’re sorry you were not aware of this prior to check-in today. We hope to see you on board again soon.”

Ridiculous @VirginAustralia. No Segway boards as luggage? Too late to tell us at airport.Kids and I offloaded. Goodbye Virgin. Never again.

Crowe was not impressed, replying: “Why did you not inform me when I booked my ticket? Where is your duty of responsibility in this?” He tweeted the same question 11 minutes later, saying he was “awaiting your reply”.

Many Twitter users were unsympathetic to Crowe, including the Australian comic actor Joel Creasey, who wrote: “You're a millionaire babe, get some perspective. Try Tiger. They don't even have real pilots.”

Not amused by this jibe, Russell responded almost immediately: “I'm a father, Joel, with two kids at an airport trying to start our holiday.”