Russell Crowe Saved At Sea: But Which Is The Best Celebrity Rescue? 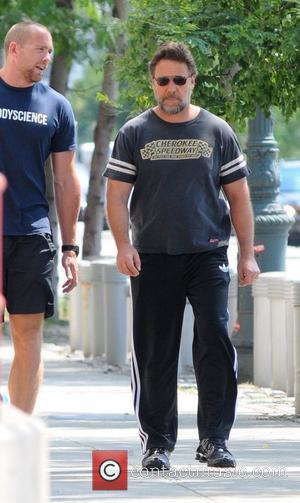 Picture: Russell Crowe seen out and about in Manhattan New York City, USA -11.07.12

Russell Crowe's kayak rescue off the coast of Long Island over the weekend certainly made headlines around the world: the gruff Gladiator star had to be saved by the U.S. Coast Guard team after his sailing adventure went awry. While mulling the story over, it got us thinking whether it was the best celebrity rescue ever? After plenty of research, we here at Contactmusic.com reckon it pales in comparison to these beauties:

Back in 2011, Oscar winning actress Kate Winslet found herself in great danger after a fire ripped through Richard Branson's Caribbean home, where she was staying at the time. When Branson raced to rescue the actress, he actually found her carrying his 90-year-old mother to safety! In a blog post, the Virgin Group boss said that he wanted to offer "many thanks to Kate Winslet for helping to carry my 90 year (old) mum out of the main house to safety", also praising Kate's children Mia and Joe for remaining calm, calling them, "two of the bravest kids I've ever come across".

We're not sure why celebrity rescues seem to always happen on Caribbean islands, though earlier this year, Olivia Wilde and boyfriend Jason Sudeikis had to be rescued by fishermen in Jamaica on two separate occasions! The 28-year-old actress told David Letterman how she suffered a Russell Crowe-esque kayaking mishap, saying, "It got a little too treacherous and I turned around and Jason was gone. Gone! I saw an upside down kayak . . . and suddenly I realised that I was about to go over", revealing that the pair were rescued by a "team of fisherman". However, that wasn't it for the 'Monsters and Aliens' star, who added, "On my way back in, I got stung by a swarm of jellyfish. . . I was covered in welts. I was like, 'Babe, you have to. It's the only way. You have to swim through the swarm of jellyfish'.We were fighting for honor. It got really serious. I had to go and get the same rescue team to come back with a kayak to get him out of the water".

Of course, we've left the finest celebrity rescue till last. On screen, cinema legend Dick Van Dyke was rescued by flying cars and magical nannies, though off it, the actor relied on the help of some quick thinking porpoise. The 84-year-old told talk show host Craig Ferguson in 2010 of his ill-fated trip to a local beach, saying, "I woke up out of sight of land.I started paddling with the swells and I started seeing fins swimming around me and I thought 'I'm dead! They turned out to be porpoises.And they pushed me all the way to shore". Amazing.

Russell Crowe Rules Himself Out Of Soccer Club Takeover

Mathematician John Nash, The Inspiration For 'A Beautiful Mind', Dies In Car Accident