Russell Crowe On For Noah?

Darren Aronofsky is pursuing Russell Crowe and Liam Neeson for a role in his biblical movie 'Noah'. 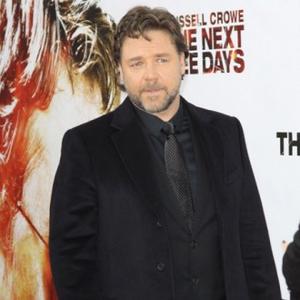 Russell Crowe is being pursued to take the title role in 'Noah'.

Director Darren Aronofsky is keen to get the 'Gladiator' star and 'The Grey' actor Liam Neeson on board for the project, which will be his first since psychological ballet drama 'Black Swan'.

The picture - based on the epic biblical tale of a man who is told by God the world will be flooded and he must save a pair of every animal by building a huge ark - is expected to go into production in the summer.

While Russell would play Noah, the only other known character is a villain who argues against the protagonist, telling him not to build the boat.

John Logan has done a re-write of The Script for the project, which reportedly has a budged of $130 million.

Previous stars connected to the movie included Christian Bale - who passed - and Michael Fassbender, who could not commit due to scheduling conflicts.