The actor and director made the bizarre revelation during an interview with The Guardian, ahead of the release of his latest film 'The Water Diviner' next month.

In one of the more random celebrity stories, Russell Crowe claims that for a long time he used to be on the receiving end of pranks pulled by the late pop legend Michael Jackson.

In an interview with British newspaper The Guardian, 50 year old Crowe revealed that the King of Pop used to enjoy gleefully prank-calling him “for two or three f***ing years”.

“I never met him, never shook his hand, but he found out the name I stayed in hotels under, so it didn't matter where I was, he'd ring up do this kind of thing, like you did when you were 10, you know. 'Is Mr. Wall there? Is Mrs. Wall there? Are there any Walls there? Then what's holding the roof up? Ha ha.' You're supposed to grow out of doing that, right?” 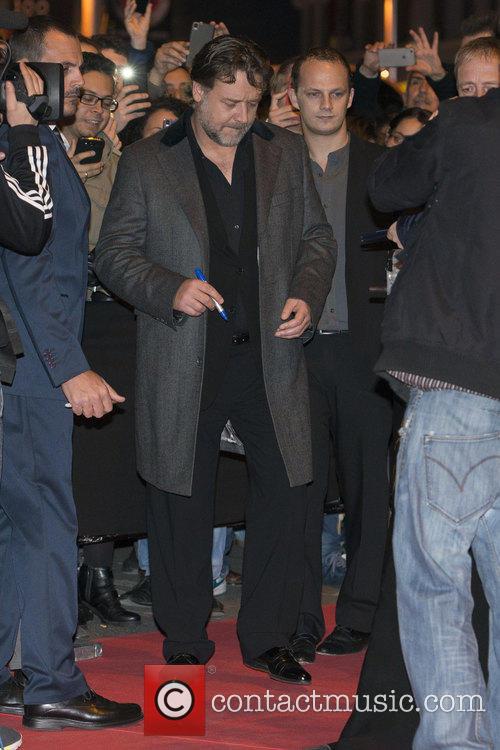 Crowe at the Madrid premiere of 'The Water Diviner'

The New Zealand-born actor, who is reportedly the highest paid actor in the world over the last twelve months earning £55 million at the box office, is promoting his new film The Water Diviner, released in theaters on April 24th. It’s a historical drama, whose plot concerns an Australian farmer who travels to Turkey to discover the fate of his three missing sons during the disastrous Battle of Gallipoli during World War I.

In the same interview, he also spoke about his initial reactions to fame following his Oscar win for his lead role in the 2000 blockbuster Gladiator, describing the attention as “a pain in the ar**”. He said: “People want a piece of you. And something else happens, man.”

“You build all these friendships and then you hit a certain level within the business and those people need you now, if you’re connected to their thing, their thing gets done, their life is enriched, and friendships get damaged because you say no. Suddenly I was destroying people’s hopes and dreams if I said no to something. It was rather intense.”

He also recalled the fallout of the time when terrorist organisation al-Qaeda threatened to kidnap him in 2001: “I still really don’t know to this day what the fuck that was all about. All I know is, I arrived in LA, got to my hotel, as I’d done umpteen times before, started unpacking, and there was a knock at the door and a team of FBI guys wanted to sit down and discuss something with me. And then, for nearly two years, they were always around.”