A Host Of Stars Including Russell Crowe And Colin Hanks Have Paid Tribute To Oscar-winning Cinematographer Andrew Lesnie Following His Death On Monday (27apr15). 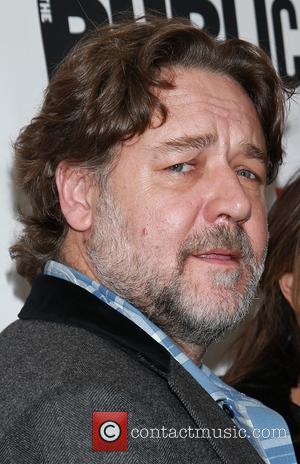 The Australian moviemaker, who collaborated with director Peter Jackson on The Lord of the Rings and The Hobbit films, is believed to have suffered a heart attack.

Lesnie received the Academy Award for Best Cinematography for his work on the first The Lord of the Rings movie in 2002.

As well as his work on the J. R. R. Tolkien movie adaptations and 2005 blockbuster King Kong, Lesnie also worked on films including Rise of the Planet of the Apes, I Am Legend and The Lovely Bones.

Crowe's directorial debut The Water Diviner, which was released in the U.S. on 24 April (15), marked Lesnie's last film credit, and the actor took to Twitter.com to express his sadness at the loss.

He writes, "Devastating news from home. The master of the light, genius Andrew Lesnie has passed on."

Hanks also paid tribute on the microblogging site, writing, "So saddened to hear about the passing of Andrew Lesnie. He was as charming and kind as he was talented. He really was one of a kind."

The Hobbit star Graham MCTavish writes, "I am shocked, and deeply saddened. The man who gave light to Middle earth has gone. My heart goes out to Andrew Lesnie's family."

British actor Jamie Bell, who worked with Lesnie on King Kong, adds, "Andrew Lesnie was a treat to work with. I am blown away by all he achieved. He'll be missed greatly. RIP."

Furious 7 producer James Wan adds, "Such sad news to hear the passing of Andrew Lesnie. The world of cinematography just lost a brilliant craftsman and artist."