Russell Crowe will play a novelist stricken by mental illness in forthcoming movie 'Fathers and Daughters'. 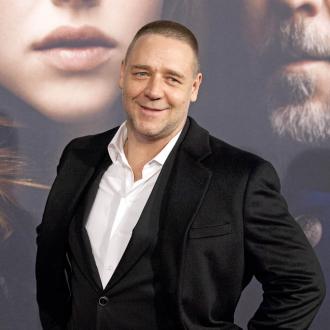 Russell Crowe is to star in 'Fathers and Daughters'.

The 'Man of Steel' actor will portray a novellist stricken by mental illness struggling to raise his five-year-old daughter in New York, with the story also focusing on the girl's life in the present day, as a 30-year-old Manhattan woman battling the effects of her troubled upbringing.

Director Gabriele Muccino said: ''This is a performance-driven movie, and therefore I couldn't ask for a better actor than Russell to deliver this intensely emotional drama.

''It's edgy, heart-wrenching, and uplifting at the same time. To me, it feels like a classic American movie that recalls the great character dramas of the '70s.''

The role of the daughter has not yet been cast.

The movie will be produced by Craig J. Flores and Nicolas Charier for Voltage and Sherryl Clark of Busted Shark.

Crowe and Keither Rodger will serve as executive producers through their Fear of God company, as will Romilda De Luca.

Crowe can next be seen in Darren Aronofsky's biblical epic 'Noah', and Akiva Goldsman's 'Winter's Tale'. He is currently in pre-production on his directorial debut with 'The Water Diviner'.