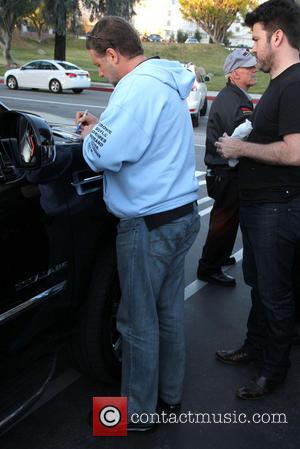 Russell Crowe has fired back at reports he's dating actress/singer Natalie Imbruglia in an angry tweet.

The two Antipodean stars were reportedly spotted flirting at a Soho House party in New York last month (Jan13) and sources claim they reconnected at the Beverly Hills Hotel over Oscars weekend (23-24Feb13).

But Crowe has wasted no time in dismissing gossip suggesting he has moved on from the alleged break-up of his marriage to Danielle Spencer.

In a tweet on Thursday (28Feb13), he rages, "I am not having an affair with nor am I dating Natalie Imbruglia. She has been a friend for years. No flirting, no whispers, total Bulls**T."

Crowe and Spencer have yet to comment on reports suggesting their marriage is over.