Hollywood superstar Russell Crowe has hit back at radio presenter Howard Stern after the latter gentleman reportedly criticised the Gladiator actor over his weight. It seems Crowe was alerted to comments made over his physique by a fan and decided he wanted to respond. 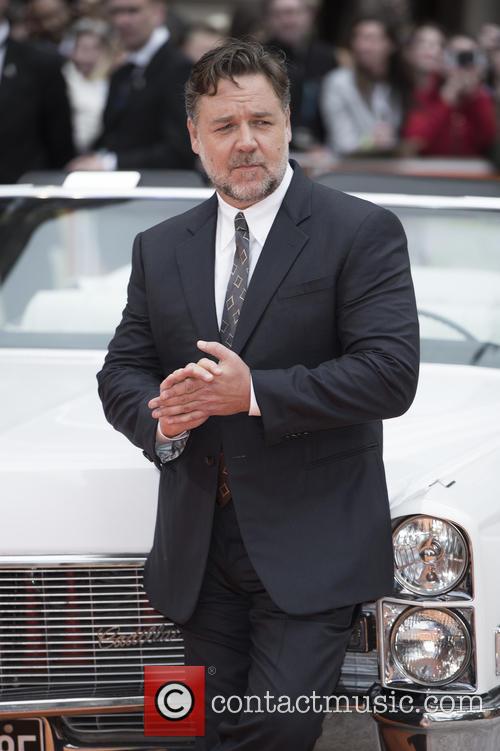 Presenter Stern, who hosts his own radio talk show in the US, spoke about the lead of A Beautiful Mind on a recent episode of his programme.

Referencing his own fitness regime, 63-year-old shock jock Stern said that, in comparison to Crowe he works hard to "stay thin and in shape".

However, 52-year-old Crowe took exception to Stern’s body shaming after a fan highlighted Stern’s comments to Crowe on Twitter.

Crowe then took to the social media site to respond on Tuesday (28 March) and said: "I can bench press young Howard...He cannot say the same."

Stern’s comments came as others hit out at the Australian actor and his body shape as pictures of him in Sydney wearing a tank top and shorts as he kicked a ball emerged.

One celebrity news website even placed a picture of the star as Maximus in Gladiator against the recent images with the caption: "A moment of silence for Russell Crowe’s hot bod."

MORE: Russell Crowe Maps Out Injuries From Years Of Stunts

Despite a change in figure, Crowe remains popular in the industry with a potential role in Deadpool 2.

The follow-up to last year’s hugely successful Marvel Comics adaptation - which took $783 million at the box office - is currently in the works.

Back in February, Crowe suggested that any involvement he may have in the film will be down to its star, Ryan Reynolds.

However, World War Z star, Brad Pitt, has also been linked to the same role joining a list that also includes Michael Shannon and Pierce Bronsan.