Russell Brand Wants To Be A Vicar

Russell Brand wants to be a vicar and has applied for a licence to officiate at marriages in the United States. 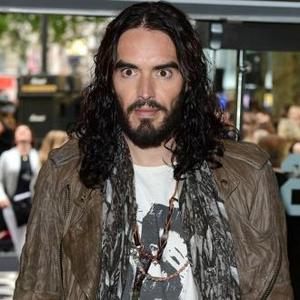 Russell Brand wants to be a vicar.

The comedian has applied for a license to officiate at marriages in the United States.

Apparently he stumbled across a website offering the qualification during an afternoon surfing the internet.

A source told The Sun newspaper: ''Russell is genuinely interested in the idea of marrying a couple.

''Now he's getting matey with Tom Cruise, his pals have been joking that he could do the honors at the star's fourth wedding.''

While Tom is a Scientologist, Russell recently acted as master of ceremonies when the Dalai Lama addressed thousands of young people in Manchester, North West England last month.

He said beforehand: ''I've made mistakes in the past, I won't lie to you but this one I'm on my game! I'm going to crack on. I'm going to give the Dalai Lama the best show. I'm going to behave. He's a holy man, it's not pretend authority its proper authority of God!

''I'm going to improvise and I am going to be playing for laughs, but I've got to be entirely respectful of his holiness and that's going to be no problem because I'll tell you why, genuine respect.''